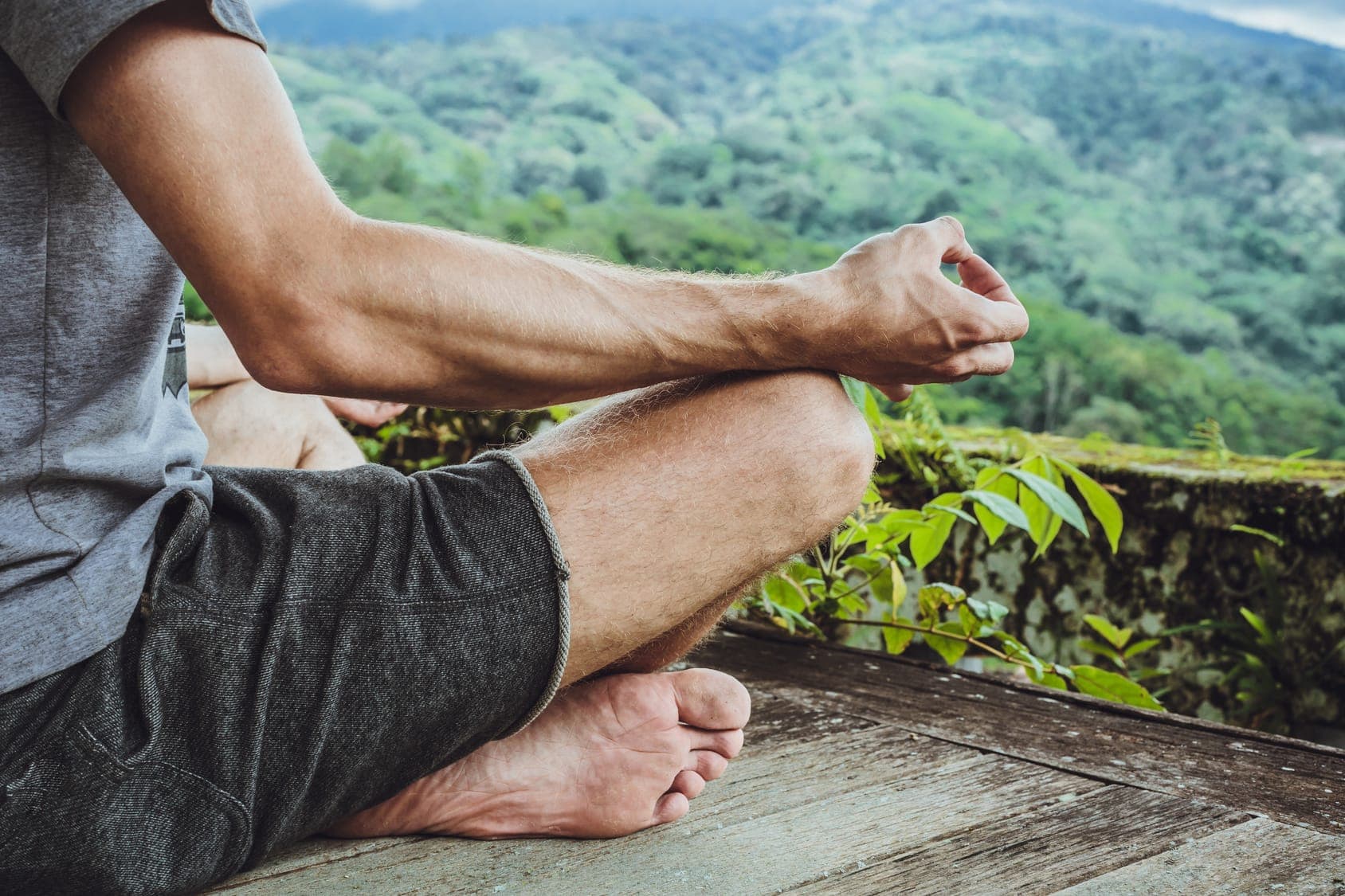 Traveling takes careful planning. You have to budget, set dates, make travel arrangements, and remember to enjoy the ride.

As a vegan, you may feel your love for adventure and travel has limits based on your diet. This is not the case. Although you do have to ensure your travel destination aligns with your basic needs, it does not have to be a daunting task.

To show how easy it is, we have created a list of 10 top vegan vacations - where will you go first?

Here Are 10 Vegan Vacations Waiting for You

New York takes first place on our list and in our stomachs as the ultimate vegan destination.

The city is full of life and adventure, and it offers the most vegan food options in the United States.

Stroll the streets to find food trucks and savvy sensations galore on every corner.

Trendy hot spots include 00 + Co and Superiority Burger in the East Village. If you are in the heart of Manhattan, make sure to stop into Peacefood bakery for a quick bite or dig in for a delicious meal at Blossom on Columbus.

The city is also food truck central, and it won’t take long to find a vegan-friendly street-style vendor like The Cinnamon Snail.

Texas - a place for barbecue lovers and animal friends alike. Who would have thought?

Austin is increasing its popularity in vegan vacations. In fact, in 2013, PETA named Austin the most vegan-friendly city in the states. Although a number of choices are not as plentiful or as concentrated as New York’s, Austin is still a vegan’s dream.

The art scene in the city has expanded from music and visual creations to tasty delicacies.

Starting with the first vegan restaurant in the city, Casa de Luz, vegan choices are expanding. Completely vegan restaurants are popping up at a rate of about 5 each year, meaning there are plenty of choices waiting.

Other restaurants are following suit by offering more vegan options on their menu. You can enjoy soy chorizo chalupas or vegan burritos as you explore the city.

Austin ranks as a favorite in the vegan vacations list because of its awesome places to stay, too.

Park Lane Guest House is a bed-and-breakfast powered entirely by solar panels cottages. Here, you can enjoy private decks or indulge in massage therapy after a locally sourced vegan breakfast.

If you’d rather explore the mountains than the heat of Texas, more vegan bed-and-breakfasts are waiting for you in Portland.

Choose one like the Cherokee Rose Inn for a one-stop shop for all things vegan and outdoor adventure. The mountains are around every corner and delicious eats on every street.

Portland is even home to the only all-vegan strip mall in the world, leaving no need to go far to find delicious eats.

Aside from food, cookbooks and lifestyle books are waiting in many of the shops in Portland. It is a perfect destination for a new vegan’s first time traveling, or those looking to dive deeper into the lifestyle.

The city offers anything from plant-based food trucks like Sonny Bowl to Natural Selection - a stylish, European-esque home to mushroom gnocchi and other savory vegan bites.

For those looking for a fun vegan-central vacation destination, Portland is the way to go.

Vegan vacations are available worldwide, not just in the states.

Our first stop outside the USA on this list is Alicante, Spain, where you can stay at Vegan Life Energy bed-and-breakfast.

A vegan breakfast is included in your meal to start the day energized before enjoying the day at the beach or exploring the local town. You can even enjoy cooking classes to learn new vegan tips and tricks with a Spanish twist.

Alicante is a location for the whole family, especially those looking to get away and relax. Enjoy yoga, meditation, and more at this stop on your vegan vacations.

If Spain is not your style, maybe take a journey to the past in Vicenza, Italy.

Home of Albaspina Organic Farm, visitors can enjoy a full immersion into the beautiful land and food of Italy, vegan style.

The farm is a 18th century rustic oasis, just an hour away from Venice. The restaurant is entirely vegan, serving traditional Italian food in a delicious, mindful way.

Vicenza is an ideal place to put your food knowledge to the test. Guests can enjoy a garden trail hike for a lesson on growing and recognizing vegetables as they learn about food flavors and seasons.

For those looking to expand their vegan taste buds, another great location is London, England.

A staple of this famous city is fish ‘n’ chips, but it is also home to just as many spicy vegetarian curry houses, too.

See the sights and enjoy the eats in one at places like Coach and Horses in Leicester Square, the original London vegan pub.

Anyone new to vegan eating and missing classic dishes like savory cheeses or other not-so-simple vegan alternatives can make their way to Food for Thought in Covent Garden. They have vegan food down from Indian to Mexican and anywhere in between.

Other places like Vegetarian’s Paradise in Bloomsbury make vegan vacations on a budget a breeze with a twice-daily buffet.

With food around every nook and cranny in London, the right choices for your lifestyle will not be hard to find.

Yes - the land of beer and sausage has landed on our list of vegan vacations!

Berlin is actually Europe’s Capital of Vegan, named so because it is home to more purely vegan restaurants than any European city.

Street food is available around the city, and there is sure to be an option fit for you. Veggie burgers are waiting at Sun Day Burger and food with attitude is served up at Culinary Misfits. This a restaurant that exclusively serves “ugly” vegetables - aka the ones that are rejected during harvest due to a lack of beauty standards.

Berlin is also a fairly cheap place to travel when it comes to food, which is music to anyone’s - vegan or not - ears.

India is a dream destination when it comes to vegan vacations.

As a whole, about half of the country’s population eats meat-free, making the step to cutting dairy and other animal by-products a little easier for the vegan visitor.

Chennai is a city in South India. Home to four million people, most locals already eating diets without dairy or meat on a regular basis.

Since the culture is so open to plant-based eating, it is no surprise one of the top-rated restaurants across all of India is vegetarian/vegan-friendly. The Royal Vega, inside the famous, five-star ITC Grand Chola Hotel is the must-see vegan destination in Chennai.

While in India, you may opt to travel north to Mumbai, home to one of the largest vegetarian populations in the world.

This is a vegan’s savory sanctuary.

Enjoy rich risottos and creamy no-guilt quesadillas at Birdsong Cafe and Under the Banyan Tree. Cool off with ice-cold sorbets at Amore Gourmet Italian Gelato or really indulge your sweet tooth with C4 Chocolate’s non-dairy choices.

Seoul is a place to combine your diet with the local culture.

Rich with Buddhist influences, traditional temple food is available all around the city and is already plant-based. This makes it easy for you to arrive and dig in, as the country is full of vegetables, roots, and herbs that come together in delicious, vegan-friendly ways.

One of the most popular locations in Seoul is Sanchon, rumored to be one of the best vegan restaurants in the world.

Fancy titles are great, but there are more community-focused options, too.

The Seoul Veggie Club and the Seoul Vegan Potluck are just two examples of local groups bringing residents and travelers alike together for a good meal. They are groups where vegans can come together to discover more vegan-friendly options within the city.

A note for those interested in putting Seoul at the top of their vegan vacations list, be sure to clarify with waiters as you go about the city. Some locals do not consider spam or fish as “meat”, so a bit of extra questioning can go a long way.

Thailand is another heavily-Buddhist area.

Again, this means the more influence, the more vegan options there are bound to be. Even for restaurants that are not strictly vegan, it is not uncommon for chefs to make meatless Pad Thai or cook various soups and salads with a coconut base.

Strictly vegan options vary from a local “Jay” style eatery - buffet-style yet without much flavor - to organic farm-to-table choices. Visitors just have to know where to look.

Our travel bug is ticking just thinking about it!

Many people think planning vegan vacations puts limitations on where you can go.

We know you know that is not the case, and we hope this list has you packing your bags soon and ready for your next adventure!

For more vegan tips and tricks, connect with us here. 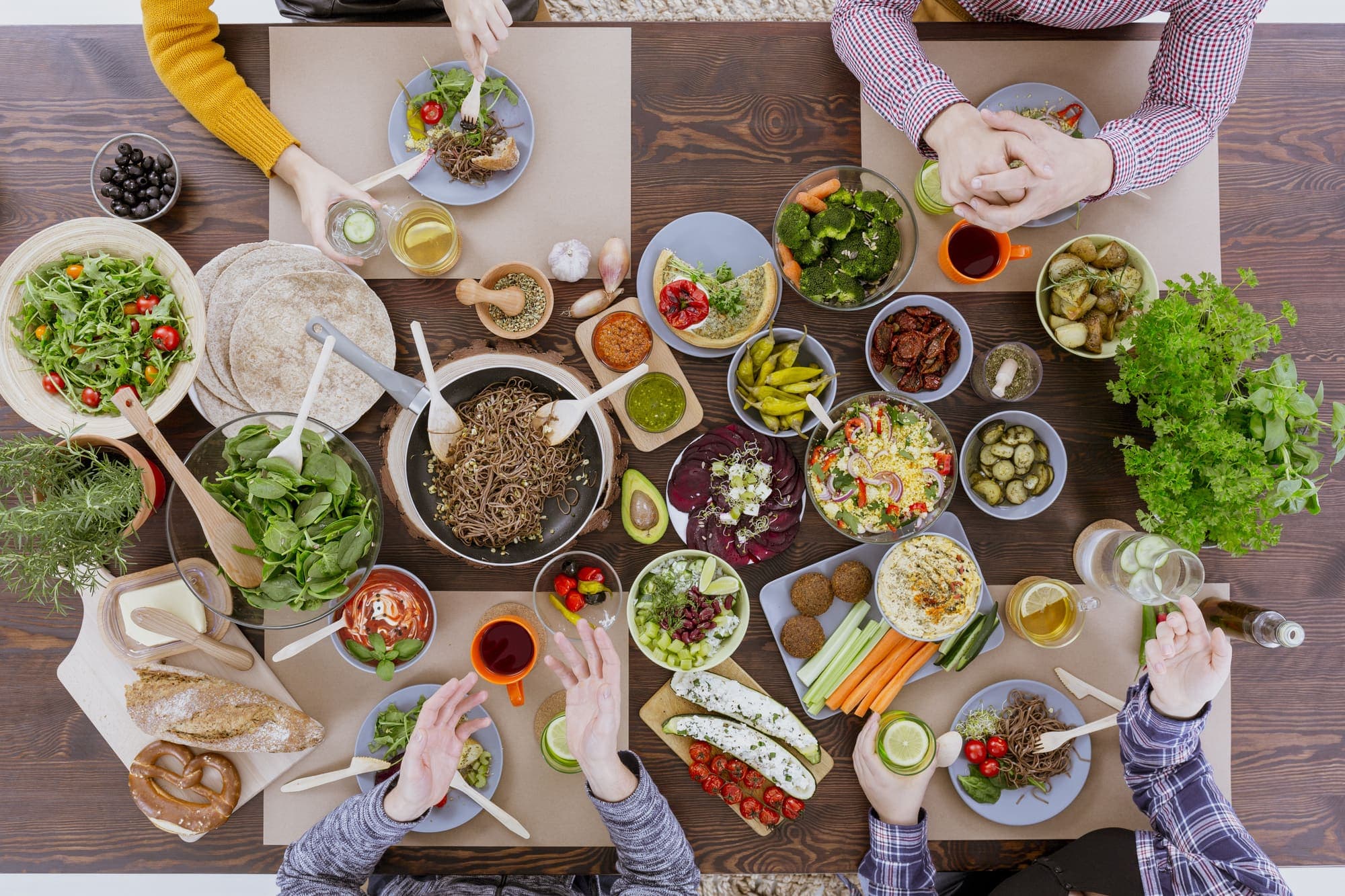 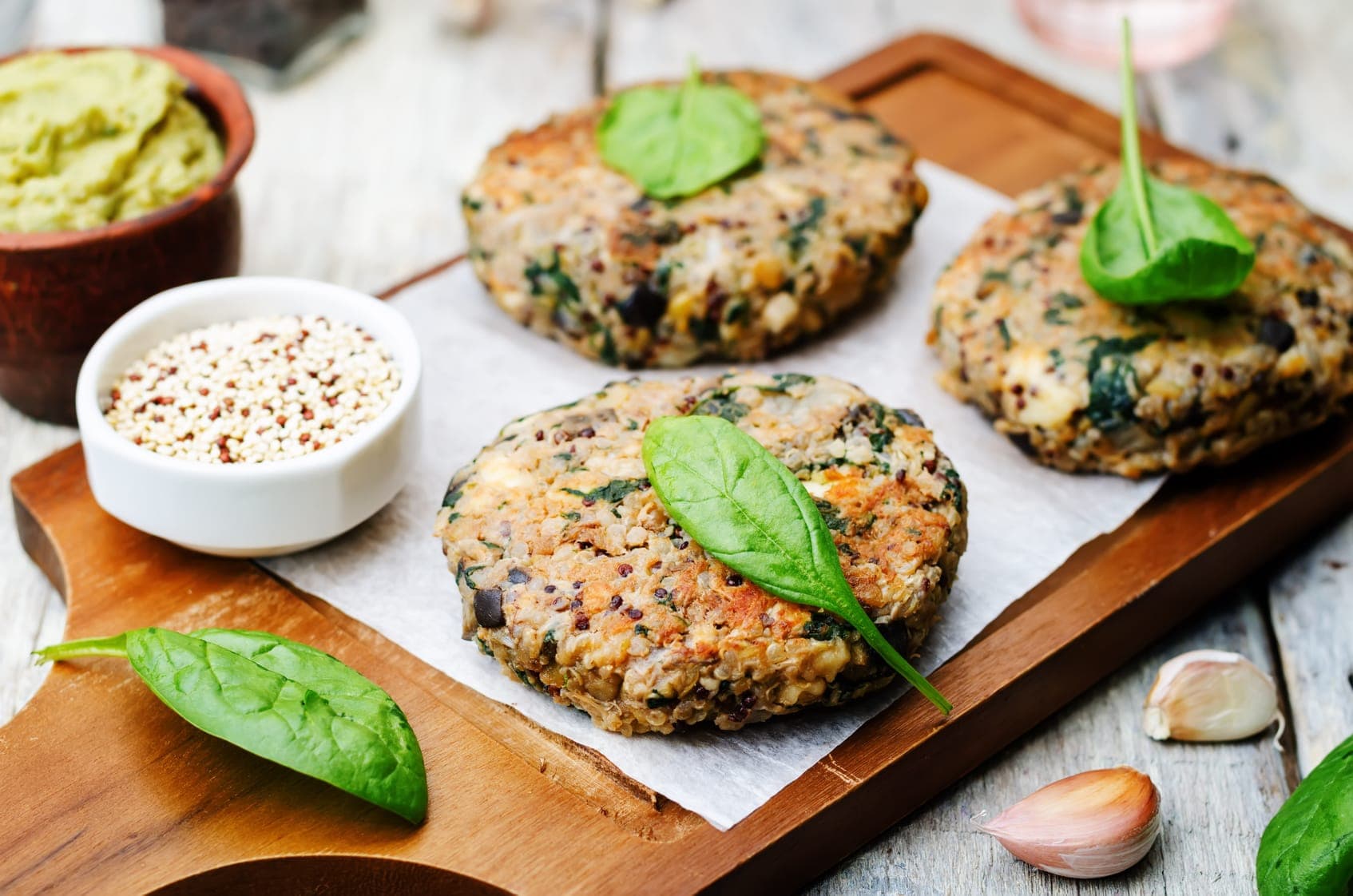 How to Eat Vegan at Any Restaurant 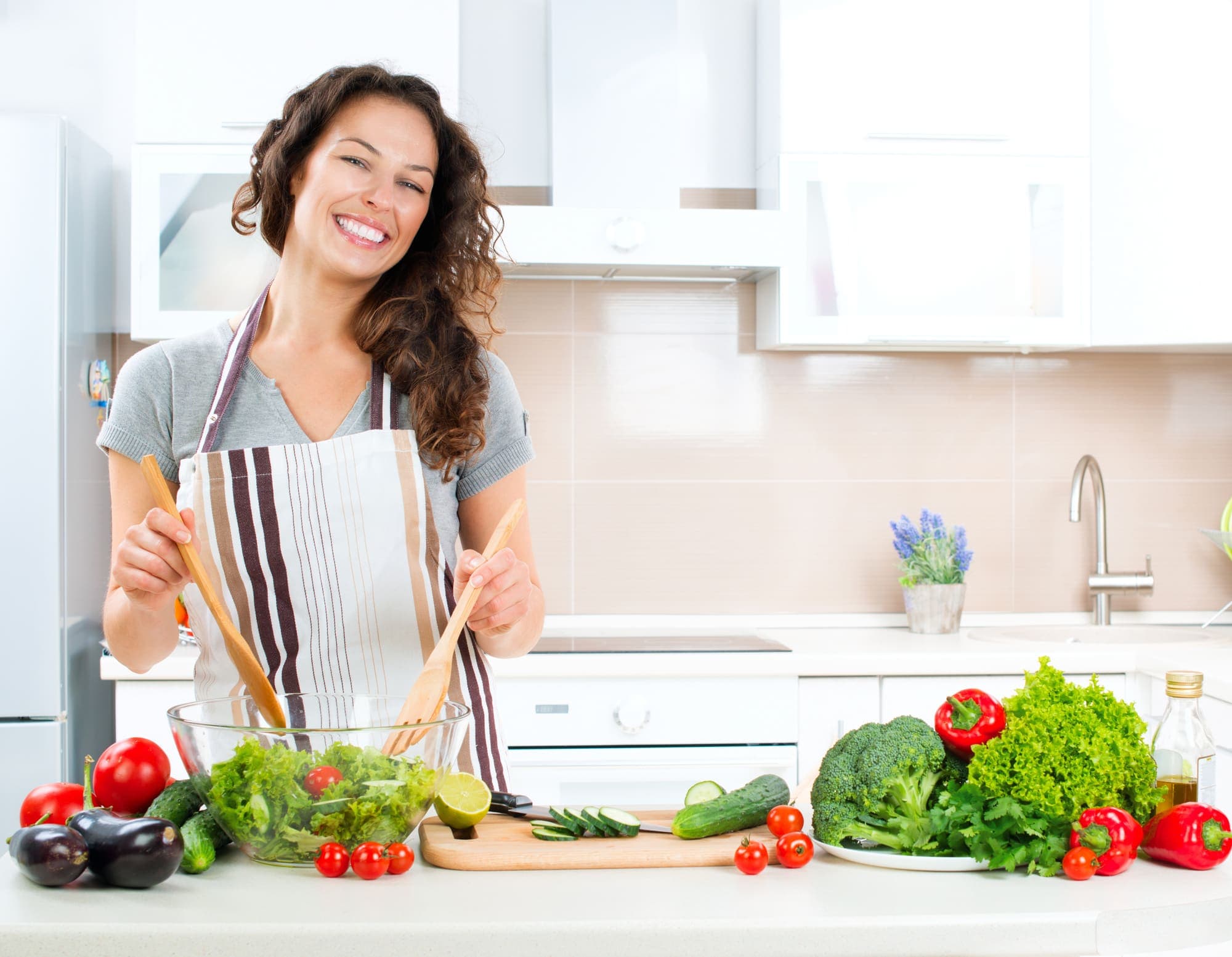 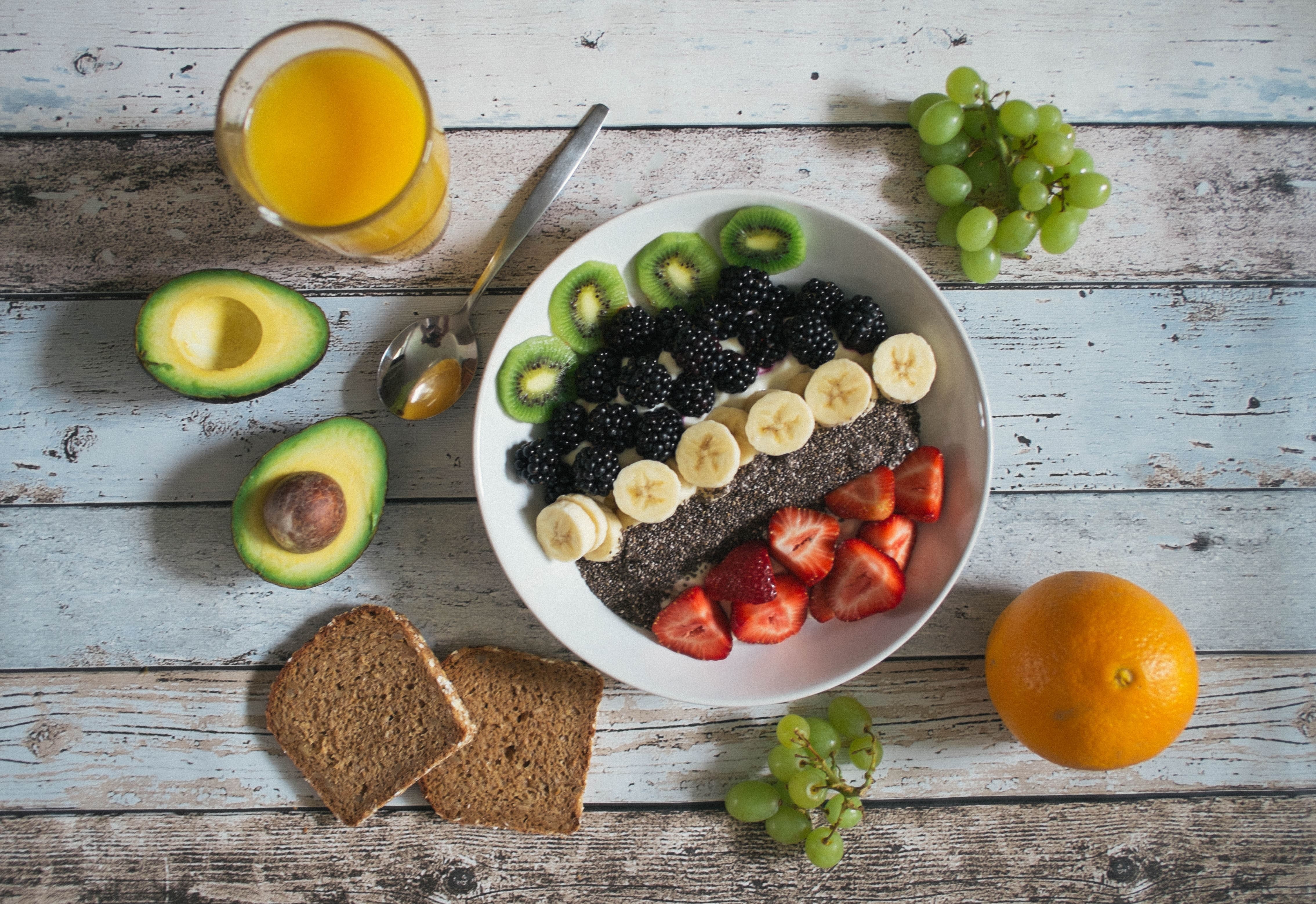 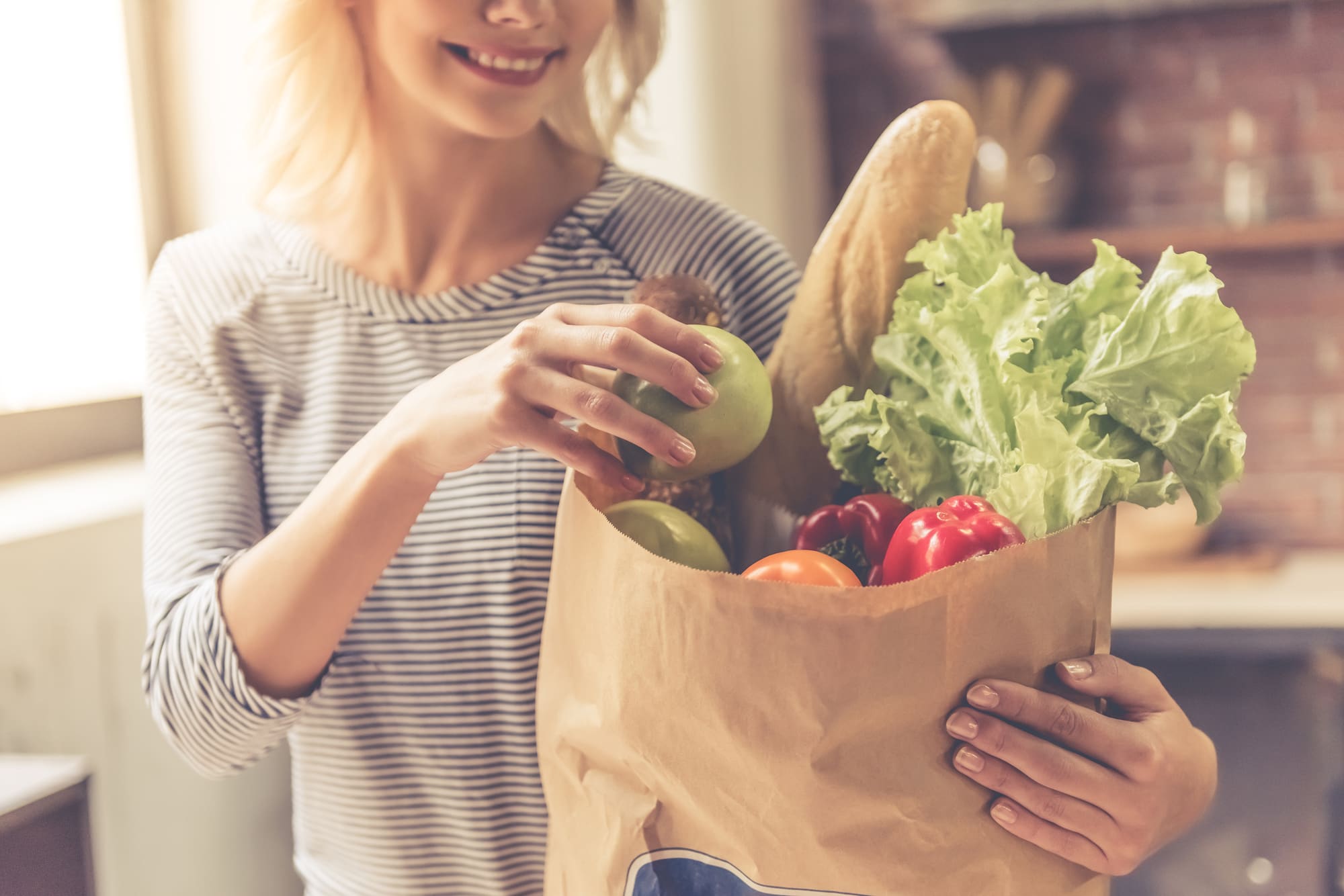 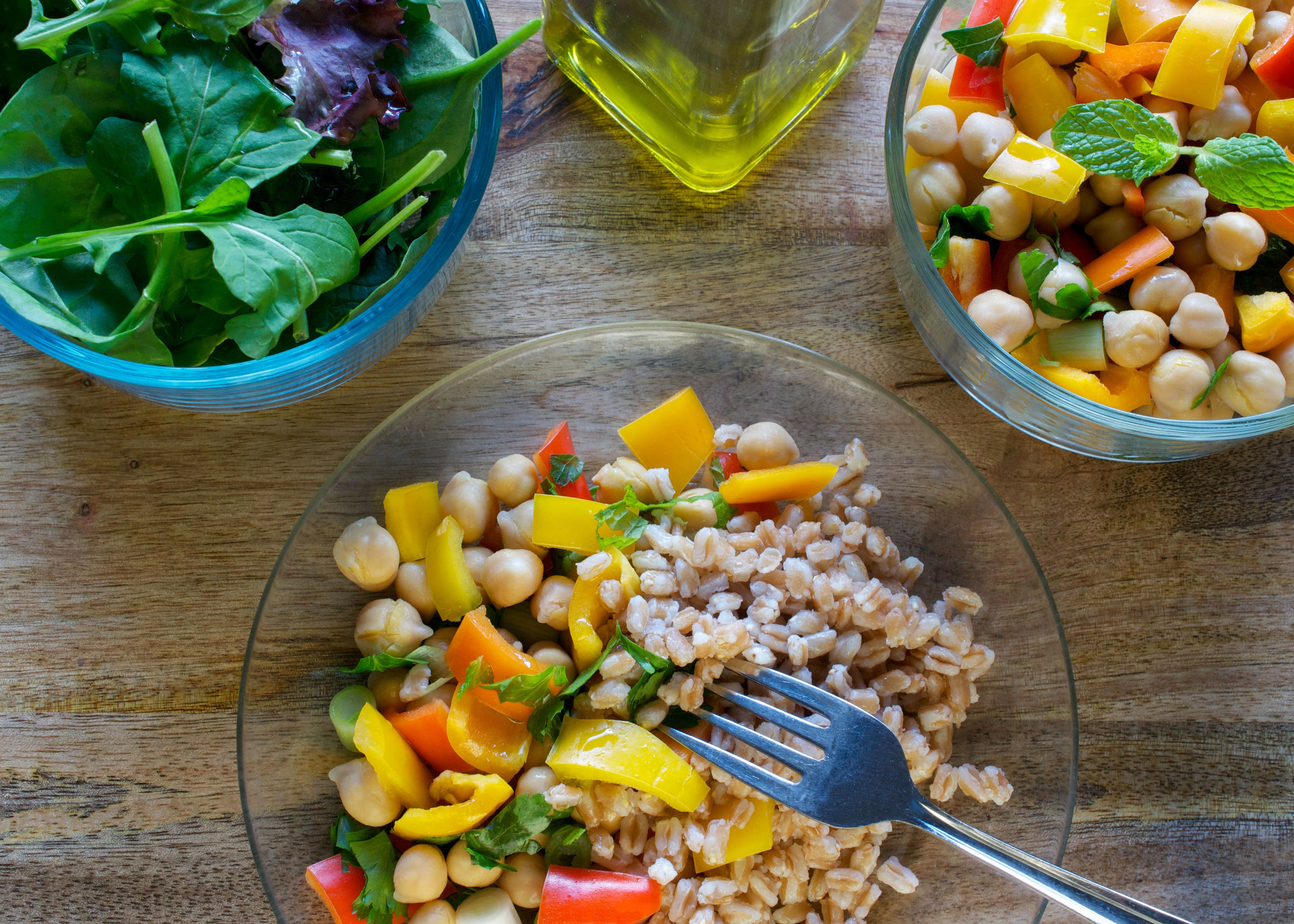 You’re a vegan meal prep pro, but your dishes are turning off your non-vegan friends. What are you going to do about it? 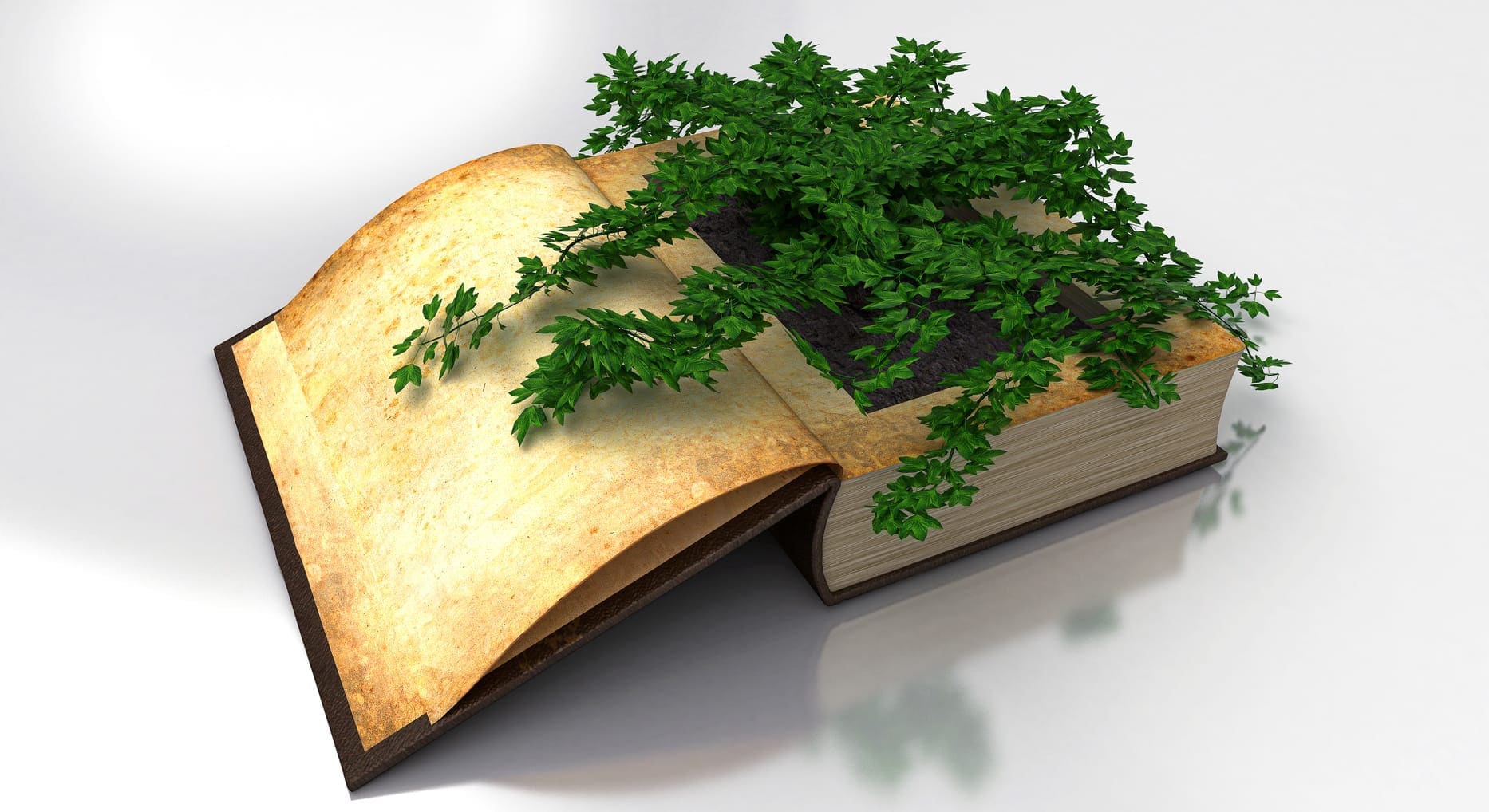 The Vegan's Library: A Guide to the 10 Best Vegan Cook Books

Being vegan doesn’t have to mean being restricted! 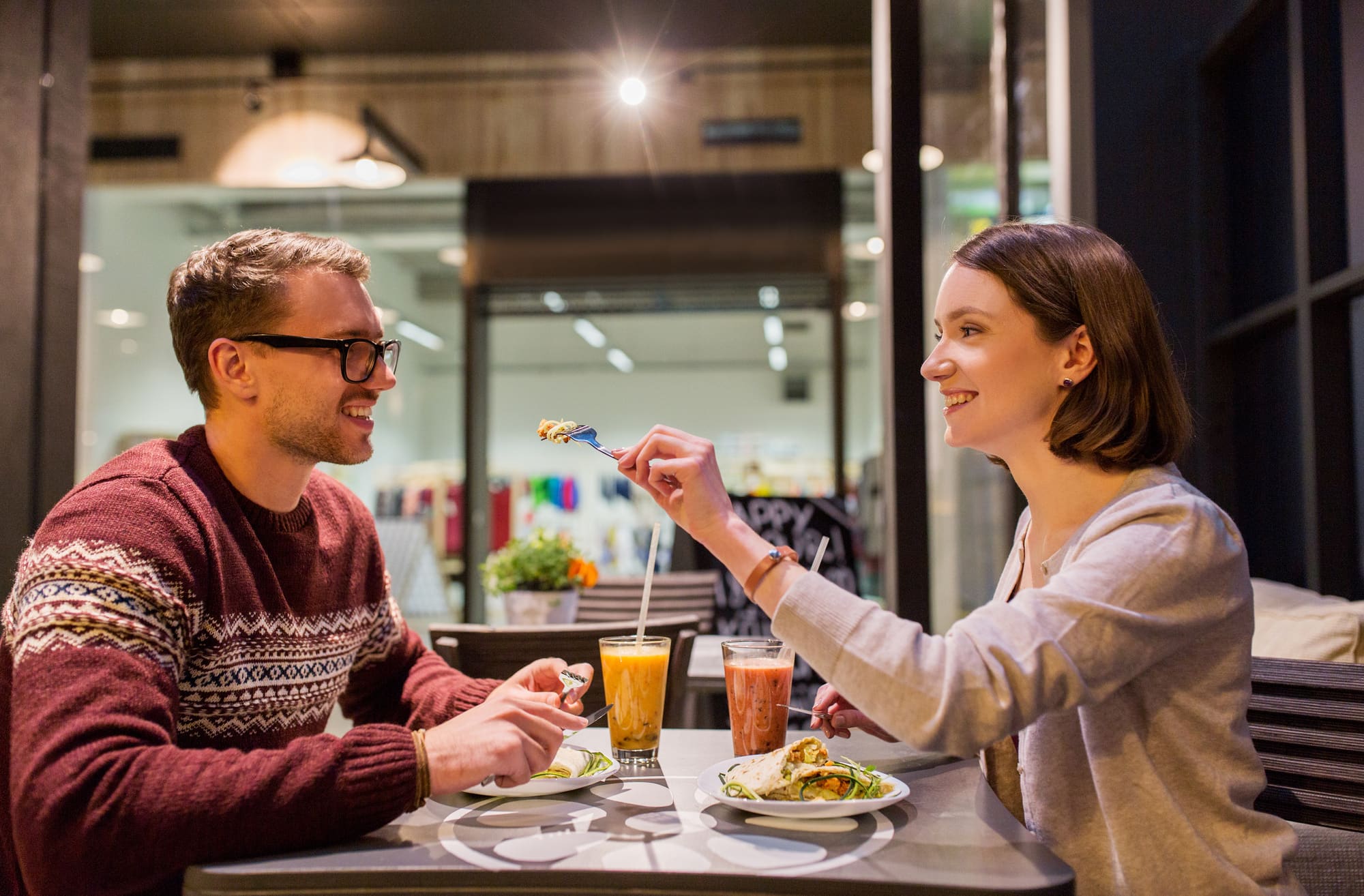 How to Make a Meatless Meal (That Isn't Tofu Based)

If we told you that almost half the United States’s water supply is used for one purpose, what would you guess that purpose to be? Drinking? Showering?